With summer finally here, it’s the peak of music festival season. All over the world, EDM music festivals have established their all-star lineups and are prepping to give fans a show that they will never forget. Whether you’re planning to stay state side or go international, we’ve compiled an awesome guide for you. You’ll find a list of helpful tips to help you survive your EDM music festival, a style guide, the top 10 festivals, and a full list of all of the global festivals in 2015.

1.) what to WEAR to an EDM festival

DON’T FORGET TO ROCK YOUR MAKE UP!…
Another great video by Miss Julie

2.) what to PACK for an EDM festival

3.) what to SAY at an EDM festival

Rave Bunny = this is the crazy girl at a rave scene. She’s normally wearing furry boots, lots of Kandi and probably not a lot of clothing

Banger = when a song is unbelievably awesome

Shuffle = a dance style in which you shuffle your feet

Drop = When the bass hits after a build up. AKA the best part of the song

Face melt = When you’re exposed to something so crazy and awesome that your face metaphorically melts off. Generally associated from light shows given by LED glovers, poi spinners, and orbiters.

Mainsteam = A generally negative term applied to an artist or a song that is no longer cool because it is now on pop radio stations.

Trance = Mashs up between house and techno music. Usually great emotions felt though the song.

House = One of the classics of dance music. Focusing on fast kick drum beats.

Bass Face / Bass Head = what your face looks like after hearing a filthy drop OR a person who is addicted to bass influenced sub genres of EDM.

Deep House = The love child of jazz, house and soul music. This is house music but with lower and deeper tones and usually slower paced.

Rage = What you are doing when you’re partying extra hard. Like, harder than anyone else, ever.

Trails = Tracers left behind a streak of light usually created from a led light show, Glover, or insane 3D stage.

We’ve told you a lot about what to wear and bring to an EDM Festival, and even how to sound “cool”. Now you can gather your gear, cross off your checklist, and head to your favorite festival. But take it from us ravers, you won’t know what you really need until you get there. One thing is for sure — it will be one of the best times of your life!

Be sure to check out our picks of EDM Festivals and the Events Calendars below.

4.) where to GO to an EDM festival

Now that we have prepared you to survive your EDM festival, it’s time to decide when and where to be. Over the past decade, there has been an explosion of EDM festivals internationally. So which one should you choose? Although we can’t choose for you, we can certainly give you our top 10 picks of festivals. Take a look at our comprehensive list below and decide if you’re driving or if you need a passport, because this list is sure to get you excited!

Electric Forest
Welcome to Sherwood Forest! Festival-goers won’t find Robin Hood here. Instead, they will experience state-of-the-art light displays amongst the wilderness. The forest provides excellent acoustics as the sounds of the festival’s EDM lineup bounce off the trees, surrounding attendees. Artists include: Borgeous, Kaskade, Paul Oakenfold, Big Gigantic, plus a ton more!

As the largest EDM music festival in the world, Tomorrowland is the place for EDM fans to be in late July. Boom, Belgium has become the Mecca for world renowned DJs and electronic producers. Festival-goers are wowed by 15 stages decorated with flowers, volcanoes, disco balls, and any other outrageous decoration you can think of! The lineup gets bigger and better every year, featuring Avicii, Steve Aoki, Dimitri Vegas & Like Mike, Axwell & Ingrosso, Martin Solveig and many more!

Bud Light Digital Dreams is the largest electronic music festival in Canada. Now in its fourth year, the Bud Light Digital Dreams music festival will take place at the Flats at Ontario Place, offering party goers a sophisticated festival experience, unlike any other! This year’s performers are better than ever, with top performers, including: Armin Van Buuren, Zedd, Steve Angello, Martin Garrix, Pete Tong, Sander Van Doorn, and much more.

Although this festival is considered a multi-genre musical festival, each year the lineup of EDM artists continue to grow, attracting more and more EDM fans. With more than 250,000 fans flocking to Chicago every year for Lollapalooza, it has become a highlighted music festival not only in the states but also internationally with fans spreading across 115 acres of Grant Park enjoying music, local food, and more.

Imagine Music Festival is a two-day dance music and arts festival that takes place in Georgia. With the Atlanta skyline as its backdrop, IMF encompasses the world’s top dance music on multiple stages, cirque-style artists, art installations, vendors and more. The festival takes place in Historic Fourth Ward Park which is conveniently located in the heart of the city and accessible from all mass transit. You don’t want to miss this festival, the lineup looks awesome, with Dada Life, Datsik, Lil Jon and The Glitch Mob to name a few!span>

Age restriction: 18 and older only

Electric Zoo has become one of the premier EDM music events of the year. Set in the “city that never sleeps,” more than 100,000 festival-goers stay awake and jam to popular EDM lineup! Each year brings bigger and brighter artists, special effects, and light displays to elevate the annual zoo theme to the next level.

Age restriction: 18 and older only

The Southwest’s biggest dance party, Sun City Music Festival, returns to beautiful Ascarate Park this Labor Day weekend for the fifth annual event in El Paso. On September 5th – 6th, top-notch talent from around the globe, such as: Armin Van Buuren and Hardwell will soundtrack the nights, sending off the summer festival season in proper fashion.

Splendour in the Grass 2015

SHARE:
< Previous Article GloFX Glasses Featured in Dreamlands Exhibition at the Whitney Museum
Next Article > Kaleidoscope Eyes: What Patterns Do You See?

The Best Kaleidoscope Glasses of 2016 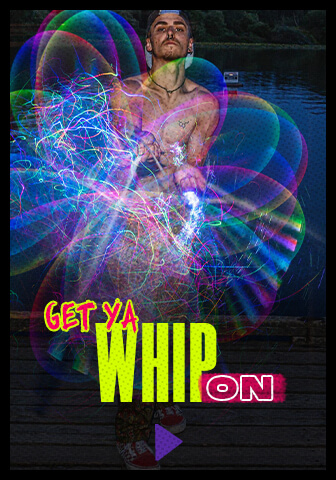