Introducing the Space Whip Remix Fiber Head for endless Space Whip fun! Maybe you’re looking to get some Glow End Fibers after trying out the Sparkle Fibers. Maybe at your last festival, you accidentally dragged the fibers through some mud, and it doesn’t shine as brightly as it used to. Grab an extra fiber head and your whip will look brand new! If you’re heading to a festival, extra fibers are a great idea considering how unpredictable events can be. With extra fiber heads, you’ll be worry free knowing you can perform all weekend!

Enjoy a Fiber Fantasy with End Glow Nano Fibers! These fibers force light directly to the end of each strand creating the brightest possible point of light. The Space Whip Remix has over 130 individual fibers to produce one perfectly sized bundle that is 6 feet long. These fibers are tapered to allow for a wider spread of light, less tangling, and a super soft feel. Switch out fiber heads effortlessly with the Space Whip Remix! Just screw off the cap and replace!

The Space Whip Remix is guaranteed to be the smoothest whip on the market due to its highly advanced professionally engineered ball bearing assembly. This allows the user more flexibility and range of motion, while also enhancing fluid movement and whip tricks. All housed inside a sleek removable cap.

Earn 100 points by reviewing this product. 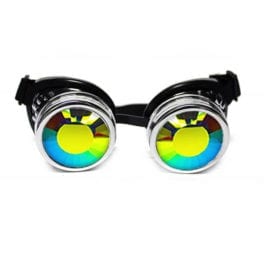